9 Reasons Numbered Lists Bug the Sh!t Out of Me:

Unless you don’t read, don’t watch TV, or live under a rock, you’ve seen a numbered list recently.

They’re everywhere! Every. Where! If you’re a blogger, as I am, or a reader of blogs and on-line “news,” current events sites, etc, then you probably come across one of these lists daily: 15 Mistakes New Cooks Make (um, they’re new cooks, right? Must we judge?); 12 Ways You Should Dress Like a Drag Queen (I’m sure there are reasons, but unless you’re a Drag Queen, why would you?)– you get the idea. Everything is a list these days, and it seems that’s what people want: short sound bites about virtually every conceivable topic. I even read an article that suggested that the best way to get your blog post published on Huffington Post, Scary Mommy or other prestigious sites, is to write a list.   *If you’re reading this anywhere, but Tales From the Motherland, then it worked.

Admittedly, I have read more than a few of these lists.

They’re easy; they’re slick; they are for idiots. That’s right, I think these lists are for people who don’t really want to understand something, they just want a quick fix. And ok, I even get that. Who doesn’t like an easy road round things? But ultimately, don’t these lists just keep us on that slippery slope of only half engaged? Let’s be honest, while we complain that teens can only pay attention in short bursts, aren’t we all more likely to watch/read/ listen to anything these days if it’s neatly packaged in a short, sweet fix? For instance: 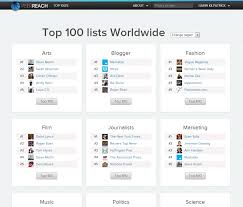 That, in my opinion is what these lists are all about: spoon-feeding information to us in the easiest, most palatable dose.

Recently I was clicking on links– another short cut we all take now: we’re fed some news item on our Facebook page, or the actual news page, and from there it’s a veritable rabbit hole of links! By the time you end up on some twisted site about how dogs are tortured, you’ve probably seen all kinds of inside-out items you never would have searched for. YouTube has built an empire on habitual link clicking. Click, click. Anyway, I started out reading a story about a recent school shooting here in Washington state on a news site, and I quickly found myself on Buzz Feed News, reading a story about how teens around the country are tweeting photos of their less than appetizing school lunches with the hash tag #thanksmichelleobama–because, well, if it’s not President Obama’s fault, it’s surely his wife’s– right? (#causeitsgottobesomeone’sfaultformyapathy). As I perused the other stories on Buzz Feed, I was struck by the copious selection of numbered lists– I mean, endless numbered lists! I was stunned. Is this really how people get their information these days?

In one column on Buzz Feed News (one column!) these were the numbered lists I found: 12 Jobs You Didn’t Know People Had (there must be more than 12!); 7 Moments That Constantly Hungry People Will Recognize (um, it’s my guess that really hungry people recognize only that they are starving); 19 Things That Are The Literal Worst (I wonder if they mean this literally or figuratively? And to save you time, none of the 19 things include being homeless, having no food, dying of a terminal illness, losing someone you love. They are the other 19 literal worst things); 34 Moments That Made You Realize You Were Totally A Lesbian (If I read all 34, will I inadvertently become a lesbian?); 24 Moments That Will Make You Rethink This Whole Having Kids Thing (kudos to the person who got that down to 24?); 13 Celeb Siblings Who Are Honestly The Same Person (honestly?); 21 Things That Only Identical Twins Understand (if I’m not an identical twin, what’s the point of reading this? Apparently, I won’t understand it); 21 Things That Single People Have Heard Way Too Often (like, numbered lists for instance? And what’s with 21?); 16 Times One Direction’s “Night Changes” Video Made You Want To Scream (so, if I read this, will I scream 16 times?), and drum roll please: 9 Things That Look Like Buttplugs That Are Not Actually Buttplugs (Damn! Someone’s already done a much more provocative #9 list, and, ok, do I really need to see that– knowing I’ll never be able to see those 9 things again without thinking of buttplugs? It hurts my butt just thinking about it!  I will not look, I will not look… And, shouldn’t that read: 9 Things That Look Like Buttplugs But Are Not Actually Buttplugs? Or, is that using the B-word too much?).

*Because I’m nothing, if not fair, I’ve included the links to all of those lists, so that Buzz Feed News knows I’m not picking on them. Clearly I was on their site in the first place. With all those links, all twenty of the people who read my post will be tempted to find out… something. I’m betting on buttplugs.

For the record: my post is already twice the length of any of those stories and I haven’t even given you my list. Which is the point: If you’re still here, you’re actually thinking a little, I hope– or laughing, which would be a good too. I’m asking you to think about this list thing with me. And to be even fairer*, Buzz Feed News is not doing anything that isn’t happening on Huffington Post, Word Press, CNN News, Entertainment Weekly, Bravo, and the other sites I visit most. (If listing the sites I visit most has just turned you off, then remember you were still with me through buttplugs). It’s easy to see that numbered lists are everywhere. It really makes me wonder why they hold such wide appeal– aside from the dumbed-down, easy road theory I’ve already suggested.

Since I’ve already made the point that these lists are a way to dumb things down, and that I want to do something different here, let me share a little history with you. David Letterman is probably the king of Top 10 Lists; it’s a staple of his late night show. However, Letterman’s late night list actually started in response to the Top 10 Best and Worst lists in People Magazine. During one of his shows Letterman mentioned that those lists bugged him (he did not say “bugged the shit;” I’m original that way), and his writers came up with the brilliant idea of making stupid lists part of his nightly gig. The first Top 10 List on David Letterman, aired on September 18th, 1985. The list was: “The Top Ten Things That Almost Rhyme With Peas.” Now, we’re all trying to think of words that rhyme with peas; admit it. Please note that I wrote this entire post before wondering where these lists actually started, and then inserted this fascinating aside, into the center of my post, so that my post on lists, would be less dumb than others.  While I don’t suggest this is historically accurate, in regards to top- insert number here– lists, it’s interesting; you’ve just learned something, and, I have just aligned myself, intellectually, with David Letterman. Snap!

However, I’m a writer; I want my work read.

So if lists are what people want then a list is what I’ll write.  (And, I’ll add the tag “buttplugs” to this post, and watch my stats go through the roof!)

9 Reasons Numbered Lists Bug the Sh!t Out of Me:

There, I’ve sold out to the man… or the woman, if you’re reading this on Huffington Post. I’ve judged, bullied, preached, dumbed myself down, dumbed 20 other people down, and probably worse (if you read my list)– I’ve made a list. I’ve posted it. And circling back to where I started this twisted journey, if you happen to hit any one of the links I’ve provided from Buzz Feed’s numbered lists, you will in fact not only end up at the given story, but you’ll find a whole new column of… you guessed it: numbered lists! It’s staggers the mind to think how much damage this one post may have done.

No doubt, I’m going to hell in a hand basket, along with everyone who read this list.

What do you think of these lists? Join me in the hand basket!

Make me smile; HELP ME REACH MY GOAL:  I’d love to see the Tales From the Motherland Facebook page reach 500 likes in 2014. Have you stopped by to spread some fairy dust? Follow me on Twitter, it’s where I’m forced to be brief.  Most importantly, if you like a post I’ve written, hit Like and leave a comment. I love to hear what readers think. Honest, positive or constructive feedback is always welcome. Click Follow; you’ll get each new post delivered by email, with no spam.  If you see ads on this page, please let me know. They shouldn’t be there.  ©2014  Please note, that all content and images on this site are copyrighted to Dawn Quyle Landau and Tales From the Motherland, unless specifically noted otherwise. If you want to share my work, please give proper credit. Plagiarism sucks.

Mother, Writer, treasure hunter, aging red head, and sushi lover. This is my view on life, "Straight up, with a twist––" because life is too short to be subtle! Featured blogger for Huffington Post, and followed on Twitter by LeBron James– for reasons beyond my comprehension.
View all posts by Dawn Quyle Landau →
This entry was posted in Awareness, Blog, Blogging, Daily Observations, Education, getting published, Honest observations on many things, how blogs work, Musings, My world, Tales From the Motherland, Writing and tagged Buttplugs, Buzz Feed News, David Letterman, getting published, Huffington Post, Humor, Lists, longreads, Numbered Lists, Scary Mommy, Tales from the Motherland. Bookmark the permalink.

42 Responses to 9 Reasons Numbered Lists Bug the Sh!t Out of Me: