Could I Have Been Anyone Other Than Me? 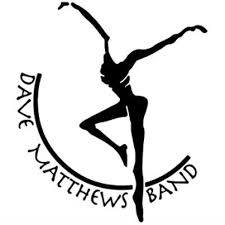 Play it; listen to this gem.  One of my favorite songs. Ever. By anyone. And no one sings it like Dave. The title: Dancing Nancies (speaking of names, who the hell is Nancy—let alone multiple Nancies), but so many of us think it’s “Could I Have Been Anyone Other… Than Me?” The question of my life. The question I stumble over, and look at, and wonder about… over and over, infinitum. Never ending. “I look up at the sky… I almost become dizzy… I am who I am, who I am. Well, who am I?” Dave, who writes for me, who sings my songs, it’s the mother question of all questions.  No real answers in those lyrics, but I could still play it over and over.

This tangent originated (this time) during some banter with Lyssa, in the comment section of her post What’s in a Name? Lyssa’s getting married; I’m invited and plan to sit with her aunt.  But that’s for later. In the post, Lyssa explains why she’s decided to take  her husband’s name, and use her own last name as her new middle name. Twenty-six years ago, I did the same thing, sort of. At the time, I had a few friends who found my decision very counter feminist. I got some negative feedback from women who thought I should hyphenate our names, or maybe keep my own name. In my own defense, the hyphenating of two names was still a fairly new concept then. Not out there, but new still. Creating a new name was barely heard of, and keeping my own name, well it seemed like a statement at the time.  If truth be told (and why not?) I didn’t give it enough thought. There were so many other issues we were up against that the name game didn’t really seem like an issue worth taking on. I remember vaguely thinking that I could figure that part out, later… what?! Yeah, I was young. Practically a child. My child’s age now, child. 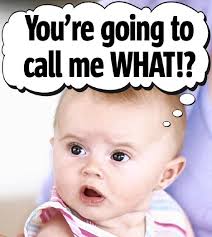 So, I went to my wedding figuring that I’d take Smart Guy’s smart name, and deal with modern ideas later. However, my name was already complicated. See, when I was born my parents apparently had name issues too. They named me Jo-Ann Dawn. So technically, I came into the world with a hyphen. The problem from day one: no one called me Jo-Ann, except teachers, on my first day of school… every single year. My dad, apparently knew of a cow named Josie. He was sure that Jo-Ann would become Jo or worse, Josie, and he’d think of a cow every time he heard my name—or, that’s what I was told.  In reality, I was named for my grandmother, Jo-Ann, a formidable woman. A woman I admired; but, I’m pretty sure that neither of my parents wanted to be reminded of that connection every day (she was a formidable woman, after all)… which always begged the question, in my confused little head: Why not name me Dawn Jo-Ann. Really, mom, dad? I never got an answer to that one.

So, there I was each year on the first day of school, explaining why my legal name was Jo-Ann Dawn, but I went by Dawn. To take it up a notch, I didn’t use the name enough, so I often got confused and added an “e” to the end of Jo-Anne. Sometimes, I forgot the hyphen: JoAnn, or JoAnne. I was totally confused for years, I wasn’t sure what the hell my legal name was. I routinely checked my birth certificate to be sure. True story.  The fact that every single teacher said my wrong name every year, and I had to explain it in front of the entire class, was enough to give a young girl an identity crisis… without all the other stuff going on in said young girl’s life. By the time I was in 6th grade, other kids sometimes yelled out the correction for me on day one. Really. Also a true story. When I went to college, like so many other college students, I saw my big chance to redefine myself once and for all… I thought. I simplified the whole thing by becoming J. Dawn. That capital “J” just looked cooler all around. It was the new, maturer version of Dawn. I thought I had a solution… finally.

I was pretty happy as J. Dawn: there was much less explaining; it was much simpler. It sounded sophisticated, to me.  A few people asked what the J was, but mostly people assumed it was just very cool. By the time I was getting married, I think all this name stuff had just worn me down, and I didn’t give another name much thought at all. Like I said, Smart Guy was a perfectly good name. I liked his name. Maybe I felt a teeny bit defensive when challenged about the giving up my own name or not taking on another hyphen. but mostly I took the easiest route.  Shit, hyphens had not been working for me up ’til then. I felt pretty justified in not taking another hyphen on. So, I dropped the J., the Jo-Ann. Poor Jo-Ann, that was lost all together. After years of neglect, she died a slow death, and was removed all together, at the DMV and city hall, where I got my marriage license.  My grandmother did not take it well at first, despite the fact that I’d never used her name anyway; but, eventually she got over it. She knew I was a lot like her, whatever name I used.

I made my middle name my first name. I moved the last name up to middle position, and took a whole new name for my last name. Who’s on first? Middle. Last is now on middle, and Smart Guy was the new last name.  I thought I was simplifying, if you can believe it. I did. For a little while I didn’t use the middle at all, and just settled with Dawn Smart Guy. 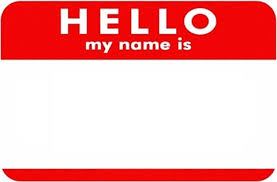 However, as the years went by I missed the middle. So I brought it back; initially as an initial: “Q:” for my “maiden name.”  Having a Q as a middle initial was both interesting and cool. When people asked, I told them (with a straight face) that it stood for Queen. However, I eventually realized that I missed the rest of the letters that came after the Q, so I started signing my name in three parts again: first, middle and last, sans hyphen. All of this name changing may explain why I hate those name tags that people have you fill in, at events.  Hate them.

Which brings me back to Dave and his Dancing Nancies. I’ve wondered; I’ve thought about this. “We turn, we turn, we almost become dizzy… Could I have been anyone other than me?”  The Jo-Ann me? JoAnn or JoAnne me? Dawn me? J. Dawn me? Dawn Q. me? Dawn Q. Smart Guy me? Or the three full names me? “Could I have been a dancing Nancy?” Are they really all one in the same, or would I have done different things with each of those names? I was a girl, a student, a therapist, a young wife, a mother— each name was a new identity, of sorts. For twenty-three years, I have most often been called “Mom,” a name I have loved. But even that does not define me, as a whole. Can I still choose a new path with any one of those names now? A nom de plume perhaps, or my AKA on the possible criminal record I might still work on. What’s in a name? Just as Lyssa is doing now, I once thought I knew, and I chose a new one. But maybe there was something in all that name game drama, that I missed. So I’m reclaiming some things I dropped along the way, and carving out a new “Anyone Other.” I’m me, regardless… I think. We’re all here. A final name complication: You can also call me: Tales From the Motherland. A writer. TFtM, if we’re friends. All here, and accounted for. 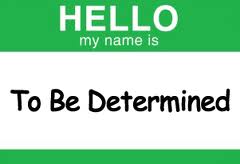 What’s your name? Do you like your name? Have you changed it over the years, and why? What would you like to be called? Share your thoughts.

Mother, Writer, treasure hunter, aging red head, and sushi lover. This is my view on life, "Straight up, with a twist––" because life is too short to be subtle! Featured blogger for Huffington Post, and followed on Twitter by LeBron James– for reasons beyond my comprehension.
View all posts by Dawn Quyle Landau →
This entry was posted in Aging, Awareness, Blog, Blogging, Daily Observations, Education, Honest observations on many things, Humor, Life, Musings, My world, Personal change, Sarcasm, Tales From the Motherland, Women's issues and tagged #WPLongform, blogs, Changing your name, longread, marriage, Musings, Names, Tales from the Motherland, What's in a name?. Bookmark the permalink.

34 Responses to Could I Have Been Anyone Other Than Me?