Golden Hook Up? Sex and the Olympics. (Yeah, you read that right)

Note: I am taking a break from Peru posts to comment on the shocking news that came out today regarding Olympic athletes. Peru stories will resume shortly. 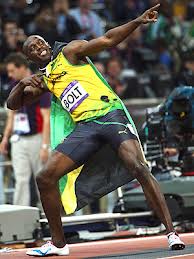 People.com Look at that swagger.

Ok, CNN has ruined the Olympics for me, and now if you’re reading my post I might ruin them for you. That is your spoiler alert: if you don’t want to think about sex and the Olympics, go back to some other reading now. Run!  Tonight as I watched the Misty May-Treanor and Kerri Walsh Jennings take the gold in women’s Volleyball, thanks to CNN news all I could think was Oh yeah, sex for them (Ok, maybe not Misty and Kerri. Maybe.) All those swimmers: definitely getting their sexy back. Track and field? Definitely hooking up. Usain Bolt? No doubt in my mind. Look at that swagger, that dance he does: that’s a oh yeah baby, I’m hooking up dance if I ever saw one. I refuse to believe that Gabby Douglas or some of the adorable girls from China are doing anything other than high fiving and dreaming of Wheeties endorsements, but frankly, some of those Eastern European and Russian goddesses look like they may be doing some jiggy too. Those icy stairs and hidden smiles, those women own it. 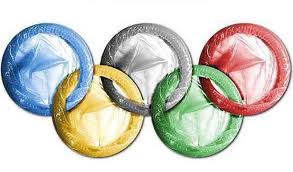 Portlandmercury.com I’m seeing the Olympics a little differently now… yes, those are condoms.

Up until this morning I have watched the Olympics for the thrill of the competition, the patriotic surge you feel when they play the soaring music and these elite champions work for Gold, Silver and Bronze, the pageantry, the drama. I thrill to the amazing accomplishments like most of us do. But tonight it was all different. With each win, I was no longer thinking of all the things that athlete did to reach their goals, I was thinking of the party after. I was thinking about (up to) 150,000 condoms and all those hard bodies in action… that kind of action. That’s right, CNN has made it clear that all of those athletes are not just sweating it out for medals, there is apparently some big time hooking up going on as well. The big nasty. Sweet stuff. Horizontal horseplay. Horizontal Bop. Gettin’ business done. (There are more folks, this girl does her research.) These are not officially Olympic sports, but much to my horror and naive disillusionment more than a few of the athletes are participating. 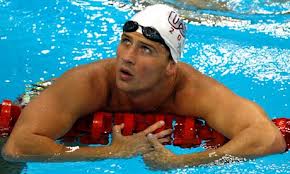 guardian.co.uk Ryan Lochte, too beautiful to just be a swimmer.

I should be clear here: CNN said nothing about Usain Bolt, Gabby Douglas, Misty May or Kerri, but there were plenty of others stepping up to admit they have done more than compete in athletics at the Games. Ok, Ryan Lochte is just too gorgeous to have been as All-American as I allowed myself to imagine when the announcers are telling the stories of his years of practice in the pool. Hell, I’d be a liar if I didn’t admit that fair play is not running through my head when those swimmers are in the pool. But, I want to believe they love their mothers (shown crying in the bleachers) and are saving it all for the pool, not that (according to Lochte): “Seventy to 75 percent of the Olympians hook up behind the scenes.” What! Seriously? How did this not occur to me before? Now I feel foolish. I drank the Olympic-glory kool-aid and missed something that should have been obvious. Olympians are having  sex, at the Olympics.

Of course they’re hooking up. How did I not see that? All those beautiful people: all those golden girls and boys (literally for some of them) could only find each other too good to pass up. But the volunteers too? Really? That threw me for a loop, honestly. Naive, naive and silly girl that I am. I thought they volunteered to get autographs and see famous athletes. Groupies at the Olympics? That definitely took me by surprise. I expect groopies at an Aerosmith/Bon Jovi/Snoop Dog/(insert many other bands here) concert, not the Olympics. It’s all so obvious now, and it’s hard to watch each competition now and not wonder which of the athletes on screen are in the 70-75%, and which ones are not. 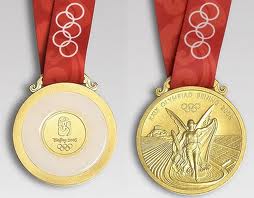 doobybrain.com All that glitters is not just about gold…

NBC (the main network of the Olympics) has duped me, sugar coated my usually savvy views… for years and years. Clearly I should have been watching CBC. The Canadians are honest; they would never have set me up this way. Bob Costas isn’t asking athletes who their, ehem, hooking up with. No, sugar coat it Bob. Again, I just feel so gullible. I have bought into all the commentaries about athletes who give up everything (everything?) to compete in the competition of all competition. I tear up at all those commercials (<–warning: serious tear jerker) about the athletes thanking their moms, making them that much more pristine and innocent, right? (Admittedly, I cling to those commercials because they give me hope that my own kids will one day thank me for something other than dinner.) The videos of them as young kids working up to these games. The concentration and focus, all the good and glory, is all put in front of us as the end all and be all of Olympic competition.

All of that is over. I am a new woman watching the Olympics now. Instead of all that patriotic, emotional, touchy feely stuff I’ve been feeling when I watch the Olympics, now that I know that so many of them are having sex in that Village of Olympians (but with 150,000 condoms, at least they’re safe!), I will just feel… Well, I probably shouldn’t say, but my eyes are now open.

Mother, Writer, treasure hunter, aging red head, and sushi lover. This is my view on life, "Straight up, with a twist––" because life is too short to be subtle! Featured blogger for Huffington Post, and followed on Twitter by LeBron James– for reasons beyond my comprehension.
View all posts by Dawn Quyle Landau →
This entry was posted in Awareness, Blogging, Daily Observations, Honest observations on many things, Humor, Life, Musings, TV, Writing and tagged CNN, Humor, Olympic Condoms, Olympic medals, Ryan Lochte, sex, Sex at the Olympics, Tales from the Motherland, The Olympics, Usain Bolt. Bookmark the permalink.

2 Responses to Golden Hook Up? Sex and the Olympics. (Yeah, you read that right)