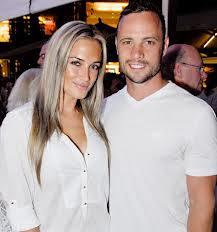 When I read the shocking news yesterday that Olympic great Oscar Pistorius had (allegedly) shot and killed his girlfriend, at his home in South Africa, my initial thought was probably the same as most people who read that story: how horrible.  The idea that this successful athlete had been involved in a tragic death, seemed awful in so many obvious ways. The idea that a young woman was shot dead, and an Olympic athlete who won so much support this summer, for running on two prosthetic legs, was accused in the shooting was sobering, but I figured that there was some angle that would redeem Pistorius, when more details were available.

Plenty of celebrities and athletes have done bad things (Lance Armstrong, Chris Brown, James Brown, Lindsay Lohan) and a few have been accused of or been found guilty of murder (Phil Specter, OJ Simpson, Robert Blake); it’s not entirely shocking. As the news regarding Pistorius sunk in, and more details began to come out however, I was struck by a much bigger picture, that adds to the impact of this story, I feel. Oscar Pistorius stood for all the underdogs who have felt that life might hold them back. He was a shiny example of working hard, and getting to truly live your dream, despite enormous odds.

Due to a bone disease he had from birth, Pistorius had both legs amputated below the knee when he was eleven months old. Pistorius credits his mother with motivating him to be independent and successful, from an early age. In high school, he played Rugby union, tennis, and water polo. He has also competed in club Olympic wresting. The guy has been a superstar, despite his physical limits, and that made his success that much more exciting to cheer on. The world was especially excited to see The Bladerunner (watch video) tear around that track because he gave everyone a tiny sense that if he could make it to the Olympics, each of us could accomplish our goals as well.

And then the news on Thursday: His girlfriend, Reeva Steemkamp, was found in Pistorius’ mansion, in a pool of blood.  Ironically, Reeva (who held a law degree and worked as a model) had Tweeted to fans that she was very excited about Valentine’s Day. No doubt, she was anticipating a romantic evening with her boyfriend. Instead, she was found dead on Valentine’s Day morning in Pistorius’ home. Oscar Pistorius initially told police that he had mistaken her for an intruder. However, cameras from the estate show that she entered the house the night before. Neighbors report hearing “other disturbances” earlier in the evening, and there had been reports of a “domestic nature,” in the past. Pistorius prided himself on being a crack marksman. He owned guns and knew how to shoot them.  Personally, whatever else happened leading up to her death, I believe that Oscar Pistorius killed his girlfriend, Reeva Steemkamp. He has been charged with premeditated murder, so apparently the Prosecutor believes that there is more than a mistake here.

In a country where domestic violence is a huge problem, and crime rates are high, this was another highly public story that spotlights both issues. Like many South Africans, Reeva had publicly condemned the recent rape, torture and murder of a young teen. In an interview, Oscar had told a reporter that he kept a Cricket bat, a baseball bat, a hand gun and a machine gun in his bedroom—despite the fact he lived in a well guarded and secure estate. Fear of crime is not uncommon in South Africa. Shockingly

In a moment of greatness
Image: nydailynews.com

What I thought over and over reading the story this morning, is what a waste of talent this is. What a waste of greatness and personal triumph. What a waste of all those years it took, to achieve all of this. To be born with such a potential disability and overcome that, and then become an athlete that the world can admire, takes a level of determination and self-discipline that is, I believe, worthy of the admiration Pistorius has enjoyed.  To piss it all away, in an act of what appears to be angry violence, is sad beyond sad. In the video link above, when asked why he fought so hard to compete and achieve greatness, Oscar Pistorius answers the reporter with the following: “I didn’t want to let any of my ability or talent go to waste.” In one horrific act, that is exactly what he has done.

Did you find this story particularly sad, or is it just one more famous person doing something horrible? Share your thoughts in the comment section.

Mother, Writer, treasure hunter, aging red head, and sushi lover. This is my view on life, "Straight up, with a twist––" because life is too short to be subtle! Featured blogger for Huffington Post, and followed on Twitter by LeBron James– for reasons beyond my comprehension.
View all posts by Dawn Quyle Landau →
This entry was posted in Blog, Blogging, Daily Observations, Honest observations on many things, Musings, News, Tales From the Motherland, Writing and tagged Murder, Olympic athlete, Oscar Pistorius, Reeva Steenkamp, Tales from the Motherland, Waste of greatness. Bookmark the permalink.

25 Responses to Pissing On Greatness