It’s been an amazing week for Tales From the Motherland, and it’s given me lots to think about. Last weekend, my story On My Father’s Birthday, A Letter to His Killer was Freshly Pressed on Word Press. This was my third time being Freshly Pressed, and honestly, the most important validation of my work. My first FP piece, The Grass Is Always Greener On Someone Else’s Head was featured after only 6 weeks of blogging. I had no idea what I was doing; I had about 5 followers at the time, and I really didn’t get what FP was, or how it worked. It was an utter shock to find out a day later that my post had been read by hundreds of people, many of whom left comments. Those comments are still some of THE most interesting work on Tales From the Motherland. If you have some time, check out the post and read the comments. Such revealing statements from women from all walks of life. I was deeply honored, but at the time I was also very aware that my blog was limited and a beginner. I had no idea how to post photos (there were none, in the original); I didn’t know how to put my work out there– I was such a newbie! So, being Freshly Pressed was a huge honor, and a giant boost for my blog, but I didn’t really get it yet.

The second time I was honored with a FP was for a very short bit of writing, that was a Word Press challenge. Titled “She Said What?” it was something I felt good about, but it wasn’t a post that I imagined would be recognized in any way. So the honor, again came as a big surprise and earned me new followers and comments. This third time, was really important to me. On My Father’s Birthday… is a piece that is deeply personal; I put a lot of thought into writing it (over a long period of time), and I felt proud of the work. This same story was featured on Huffington Post and BlogHer this past week, but it was the Freshly Pressed nod that really meant so much. That post got nearly a thousand views in the initial days it was up, currently has 550+ likes, and several hundred comments. I answered every single comment (as I always do) because it really meant the world to me to see such a personally meaningful post resonate with others, and earn such wonderful recognition. I am so grateful to Word Press staff for choosing it. 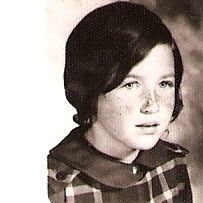 I was a fatherless daughter

It was a monumental week for my writing on several fronts however, and with distinctly different outcomes. Days before anything happened, I was shocked and thrilled to get a personal email from Arianna Huffington. To say that I nearly fell out of my chair when I read it, would be a huge understatement. I will not publish that email, as I am enormously honored that she took the time to write to me personally, and it will remain personal. However, she complimented another story that I had published on my blog, and told me that the Huffington Post would like to publish the story. The Jerusalem Synagogue Attack: Let’s Talk Truth, was also a very personal piece. I wrote it very spontaneously in the aftermath of the vicious attack on 5 rabbis at a synagogue in Jerusalem. The 5 men were killed with meat cleavers and guns, in a horribly bloody attack, during prayer. The fact that my daughter lives there triggered emotions as a mother, that I felt compelled to write about. The story however is not a fully developed representation of my feelings about the conflicts between Palestinians and Israels. It in no way fully represents my beliefs about the issues there or the very complex and troubled history of the country or the people.

Nonetheless, that story ended up being published the same weekend that On My Father’s Birthday was Freshly Pressed. The results could not have been more polarized. While readers of OMFB were very touched and moved by my search for forgiveness and closure, in the accidental death of my father, in 1973, readers of The Jerusalem Synagogue Attack, on the Huffington Post, were completely the opposite. There were certainly readers of TJSA that understood my intention and my beliefs and were supportive, but far more were so angry and critical of my views– and this was entirely, in my opinion, based on their beliefs about Israel and Palestine versus what I actually wrote. From the minute I heard that the story would be featured on HuffPost, I understood that there were bound to be negative comments; it is a vastly challenging subject. However, I had no idea that I would be accused of: celebrating the deaths of Palestinian children; having no concern for the deaths of thousands of Palestinian people; wishing ill on one group over another; practicing a religion that condones murder, cheating and lying; or that I would have perfect strangers wish the vilest things upon me and my daughter, who lives in Israel. The comments, nearly 400 of them, were stunning! I thought that more of my family, friends and blog buddies would circle the wagons and counter all of that hate, but save for a few, I was pretty much on my own– and mostly, It think I managed well. 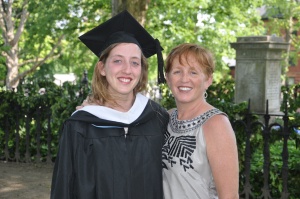 I am a proud mother

The fact that none of those people know my religious background (unstated, and non-existent), my views on Palestinian-Israeli relations (complex, but distinctly not one-sided), my daughter’s views or actions in Israel (extremely giving and very involved in helping both sides) or our family’s personal stance (which will remain private)– was lost entirely in a spiral of hostility and assumptions. As noted before, I have always prided myself on answering all comments on my blog; I touched each time someone takes the time to read my work, or leave a comment; it’s the least I can do in return. I set out to do the same thing on the Huffington Post story. However, it quickly became clear that there were no answers, that would not lead to more accusations and vitriol. I was honored when Ellis Shuman, a respected author and columnist, not only tweeted my story, but advised me to stop answering the comments. The fact that my oldest son, Middle Man, who has reams more experience with online news, opinion, etc suggested the same, was the nudge I needed to let many of them go.

While all of this hate was being slung on my Huffington Post story, the comments on Word Press, to On My Father’s Birthday… could not have been more polar opposite! I was “the most forgiving person on earth;” I was a saint; I had enlightened numerous readers; I was wise, compassionate, an “amazing human being!” I am in no way poking fun at these comments; people shared very personal stories and were wonderful in their expressions of thanks. However, frankly, for a few hours on Sunday, as I tried to answer all those comments, I switched back and forth between the two comment sections, to try and find a modicum of balance. Let me be clear, I am neither; I am not the Palestinian-hating, insensitive, racist, killer that many HuffPost commenters saw, nor am I the saint, the wonderful human being, the “blessing,” that Word Press readers saw. I am neither. I am something in between. I do not hate anyone, nor do I condone murder ever (the main point of my story, which was utterly lost on many readers), nor am I such a forgiving person as to be a role model to… anyone. It took me nearly 40 years to work through my grief and come to a place of forgiveness– that hardly makes me an example on forgiveness! Much of my anger and blame was utterly misplaced anyway, which was the point of that letter. Letting go of the life narrative I had held onto for so long, in explaining the loss of my father. It was time. 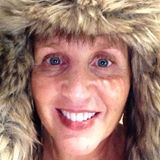 In one week, I was Freshly Pressed, published on Huffington Post, twice, and approached by an Australian site, asking to publish OMFB– it’s been incredible! So I spent this amazing week– as comments for both have continued to flow in, chasing my tail, feeling honored and excited, pinching myself, realizing that I need to reign in my excitement and not post so many FB updates…  and contemplating all that praise and criticism.

The bottom line is this: My blog is me, but I am not my blog.

What you read on Tales From the Motherland is mine. These are my words, my experiences, pieces of what I feel and think (rarely a full story); this is mine, this blog is me. However, I am not Tales From the Motherland. I am much more than you read here– more complicated, more simple. I have secrets I don’t share here, I have truths that are only partially revealed. You don’t know me if you have only read a few posts. That said, this is mine… this is the first thing I’ve done, in my entire life that is fully mine and not about anyone or anything else. I don’t write here just to toot my own horn, nor to find absolution or acceptance. I am honored each time one of you reads what I write, and doubly so when you share your thoughts– both the negative and the positive. But remember: My blog is me, but I am not my blog.

I am a writer

Thank you to all of the wonderful readers who have shared my work this week; you’re amazing! I’ve appreciated all of the support and kindness; thank you. Now: Share your thoughts; leave a comment. I am hoping to reach a goal of 500 Facebook likes, for Tales From the Motherland, please take a minute to stop by and hit Like. If you’re not already following this blog, what are you waiting for? Hit that button!

Mother, Writer, treasure hunter, aging red head, and sushi lover. This is my view on life, "Straight up, with a twist––" because life is too short to be subtle! Featured blogger for Huffington Post, and followed on Twitter by LeBron James– for reasons beyond my comprehension.
View all posts by Dawn Quyle Landau →
Aside | This entry was posted in Awards, Awareness, Blog, Blogging, Daily Observations, Freshly Pressed, getting published, Honest observations on many things, Life, Musings, My world, News, Tales From the Motherland, Wonderful Things, Writing and tagged blogging, comments, Dawn Quyle Landau, Freshly Pressed, Huffington Post, Israeli-Palestinian Conflict, Tales from the Motherland, Word Press. Bookmark the permalink.